A Birthday Surprise for Vania, Up Close and Personal with a1 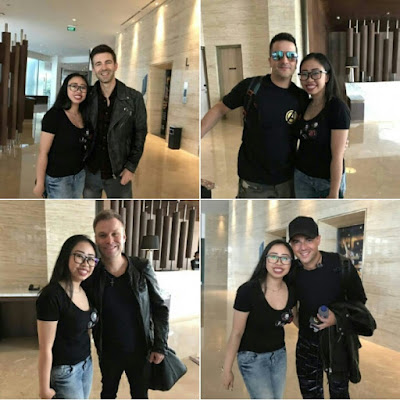 What would you do if you stayed at the same hotel with your teen idols, accidentally met them at the swimming pool, had a chance to chat in person with them, found out that they were very humble, funny, friendly, and one of them—the one you love the most since you were a teen—followed you back on Instagram?

It was not a postponed teenage dream. It happened for real in Vania Mathilda’s life. A week before her birthday, universe sent her an unforgettable early birthday present. An up, close, and personal moments with her favorite boyband: a1.

How did Vania get an up, close, and personal moments with them? Here's the story ...


Hi, Vania, please introduce yourself and your daily activities
My name is Vania Mathilda. I am running an event organizer and artist management named Dream Lab.

We got our first project on 2010. At first, we just provided talents for on air events, cameos for movies, or audiences for shows. Now, we decided to manage events too. We found many talented newcomers who need more opportunities. Most event organizers prefer to work with experienced talents, so we took our part. We chose to work with the rising stars.

We handle music events, weddings, birthday parties, and we also have our own home band: Dream Lab Music Team. We are official agency for D’ Cinnamons Band,  managing Cascade Trio’s events, and in house event organizer for BandungPhilharmonic Orchestra.

I see. Now, we talk about you and a1. When did you know them?
I heard about them 17 years ago, when I was in Junior High School. At 2001, a1’s meet & greet event in Jakartawas a tragedy. An accident happened and four fans died. After that, a1 decided to cancel their next tours. When I heard the news, I wanted to know more about a1, who they were, all their songs, their personalities, and everything. The more I knew them, the more I liked them. Every information I’ve got, led me to be one of their fangirl.

What makes a1 special among another boybands?
All of them playing instruments and writing songs, so they are not only dancing and singing. I also like them because most of their songs are deep and meaningful. Not only about love, but also about friendships, struggles, even in my own perspective, I found some songs were talk about God. a1’s songs accompany me wherever I go. The songs give strength for those who hear, including me.

What song does strengthen you the most?
My favorite song is “Learn to Fly”.

Do you have any personal experience with that song?
Yes. It gives me strength each time I feel down. It reminds me not to give up. Although things turn bad, I have to hang on so I will learn to fly.

I started Dream Lab from zero. It wasn’t easy at all and the competition was hard. Each time I felt down and wanted to give up, I listened to this song and cried alone. After that, it always makes me feel better.

And canceled your plan to give up
Hahaha. Yes, of course.

Who is your favorite a1 member?
Mark Read! The Piano Man! He was my idol since I was in Junior High School. He’s cute and he’s my type of guy. When I met him in person, I found out that he was very nice and friendly. Actually, all of a1 members were nice and friendly, but Mark was the nicest! He even followed me back in Instagram!

Oh wow!
All of a1 members also very down to earth. We could see it when they treated us and hotel staffs.

You stayed in the same hotel with them, didn’t you? How was the story?
At first, a1 was planned to perform at Balai Sarbini. But then the venue was moved to Double Tree by Hilton Jakarta. When I knew this, I called Kevin Girard, Hilton Bandung’s General Manager. I asked him whether Double Tree could give us special rate if we stay there. Then Kevin introduced me to Mr. Iqbal from Double Tree by Hilton Jakarta. I got special rate and booked one room to stay with two other friends.

I was a member of a1 fanbase. When the venue moved to Double Tree by Hilton Jakarta, all of fanbase members were curious; would a1 stay in that hotel? But the promoter said, for security reasons, a1 wouldn’t stay there. So nobody wanted to stay in Double Tree, even with special rate, because a1 wouldn’t be there.

However, I still chose to stay at Double Tree. First, it would be much easier for me. Second, Double Tree was one of the sponsors. Third, it was obviously the nearest place from the venue. My event organizer’s instinct told me that a1 would stay there.

Just after they arrived at the hotel, a1 posted an Instagram Story. It really was in Double Tree by Hilton Jakarta!

Then Fitrianti and Yayah, friends from our a1 fanbase, decided to stay in Double Tree too. Fortunately, Double Tree by Hilton Jakarta still had a room for them, but not with full special rate.

How did you meet them in the hotel?
This is the luckiest part! I went to swimming pool to check the situation. If it was too crowded, I wouldn’t swim.

When my roommates, Tiffany, and I arrived at the swimming pool, we met Fitrianti and Yayah. I was on the left side of the pool and they were on the other side. When I walked around to get them, Fitrianti and Yayah pointed something. I turned my head and found Paul Marazzi was walking behind me. I didn’t waste my time. I know I looked like a mess that time. I was bare faced, I haven’t washed my hair yet, but I didn’t care. I asked Paul to take a picture with me. 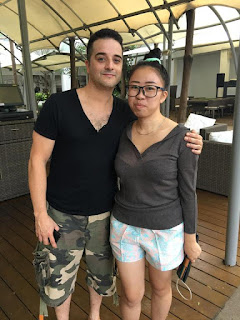 Where were the other members?
They were there, around the corner of the swimming pool.

Did you take picture with them too?
No, Paul told us not to bother them because they needed a rest. We didn’t want to make them feel uncomfortable, so we didn’t come to get them. But we really wished they would walk pass us.

And did they?
Yes! Not so long after that, Mark came. He was funny. He pretended to play hide and seek with us. He hid behind the pillar and suddenly showed up from the right and the left side. He was the nicest and he made us laugh. 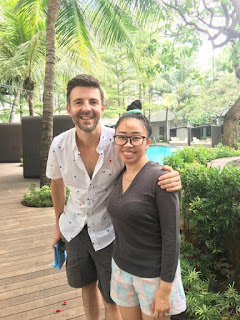 Ok, now about the concert, how was it?
The concert was awesome. I was very satisfied with a1 themselves. They performed many songs. For fans who memorized all of their songs like me, it was very enjoyable. I could sing from the beginning of the concert until the end.

But there were some uncomfortable things in organizing the event. For example, the seats weren’t fully booked. Audiences who paid less could move easily to upper class seats and it wasn’t fair for those who paid more.

However, everything was great. Still, it was one of the best moments in my life. 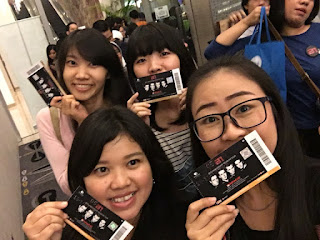 Today is your birthday and you are no longer a teen. Is there any different to be a fangirl now compare to 17 years ago?
For sure, yes. I feel more mature emotionally now. I took my time to think before taking action, I considered what’s important, and I didn’t push anything.

For example, I made some presents for a1. Of course I wished to give the presents by myself. But if it didn’t happen, it was fine for me. I would left the presents to hotel’s receptionist and asked her to give them.  The presents themselves were more important. 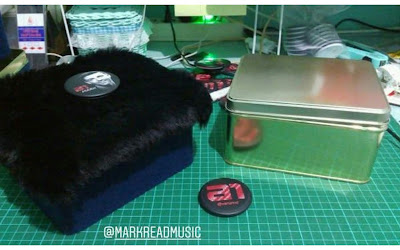 Is there any special last thing you want to share before we end the interview?
It was a week before my birthday. Paul said he would stay for good with a1 and would make music like old days with them. They said they will back to Indonesia even on my 40th birthday, I hope they will keep their promise…

Jakarta tragedy, 17 years ago, was a big thing. It shocked everybody, including a1 themselves, until they decided to cancel the rest of the tour. Their hearts were with friends and families of those who killed and injured. It wasn’t anybody’s fault. It was an accident.

A year after that, Paul Marazzi announced that he left a1 for some personal reasons. Ups and downs happened with a1 in 17 years. But at 2017, Paul Marazzi decided to reunite with the band.

After all thick and thin that strengthen them, they held “Reunion 20th Anniversary Concert Tour” with complete formation. They chose Jakarta as  fist place to visit. They made new memories. And that time, a1 carved precious remembrances in the heart of their fans, in the heart of my friend, Vania.

It was another unforgettable memory that will last forever. It will make them smile, whenever they remember that they are learning to fly.

Welcome back together, a1 and happy birthday my dear friend, Vania … 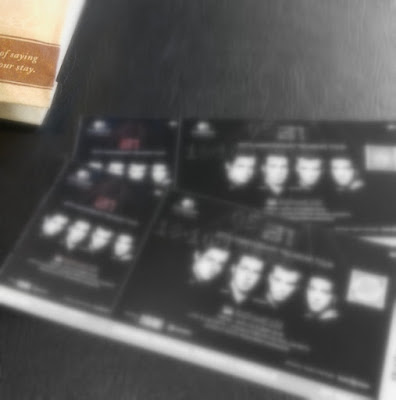 All pictures are personal properties of Vania
penyalamatahari